Virtuoso – using a game to test candidates for a role 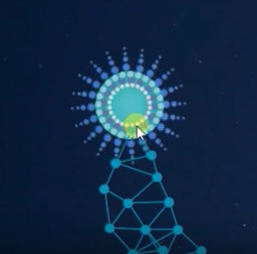 I recently recruited a new intern for my business. I had a few strong candidates based on their CVs and how they interviewed but was struggling to decide which one to choose. So I asked them to play a game that would be psychometrically testing them at the same time.

The idea behind this is that you get so into the game that you can’t ‘game’ the test and you end up with more accurate results about the candidates. Throughout the game you are being tested on how you handle obstacles, setbacks, how you innovate and more. It is pretty tricky and only about 20% of players can complete the second level of the game within the 20 minute time limit. Also, not only do you get results about the candidate, but if you’ve taken the test yourself or get existing staff to take the test then the system will also come back and tell you who is the best match with the rest of the team with the aim of helping you build a high performance team.

Of my candidates only one managed to complete and win the game. I can tell you that I didn’t win the game when I played it. The second best candidate’s results were that he was a good all-rounder but only a 20% match for joining my team. The best candidate was a 40% match and looking at his scores he got 10 out of 10s in a couple of areas where I had low scores, so he got hired to fill in gaps where I’m weak. Three months into the internship and it looks like the game has helped me make an inspired choice.

I’m going to show you the first level of this game below. It is called Virtuoso from a company called GraviTalent who’ve been working with IBM on this project.

I find it a very interesting game design as it has been well designed to work across cultures. It has no written tests, almost no text and no culture-dependent context required. Did I mention that the second level of the game is much harder than this first one.

This first level is also a good example of on-boarding. They realised early in the video games industry that there generally wouldn’t be someone standing next to you ready to train you on how to use the game. So the game itself has to train you up and get you comfortable with using the system. How it does this is called onboarding. Through highlighting key options to press, explaining the reasons behind these choices, limiting the number of options and indeed by limiting the pace they can achieve this. With a modern game in the first level you should only have one or two concepts to learn. Then in the next level they add another concept and then in the next they speed it up. Before you know it, after a couple of hours you’re handling 30-40 different bits of data and the game is moving incredibly fast and guess what, you’re enjoying it. I’m guessing that doesn’t happen in your work systems too often?

You can try out a free 8 minute version of the game here: https://gravitalent.com/interconnect/