The Battle of Polytopia – Finding the right balance 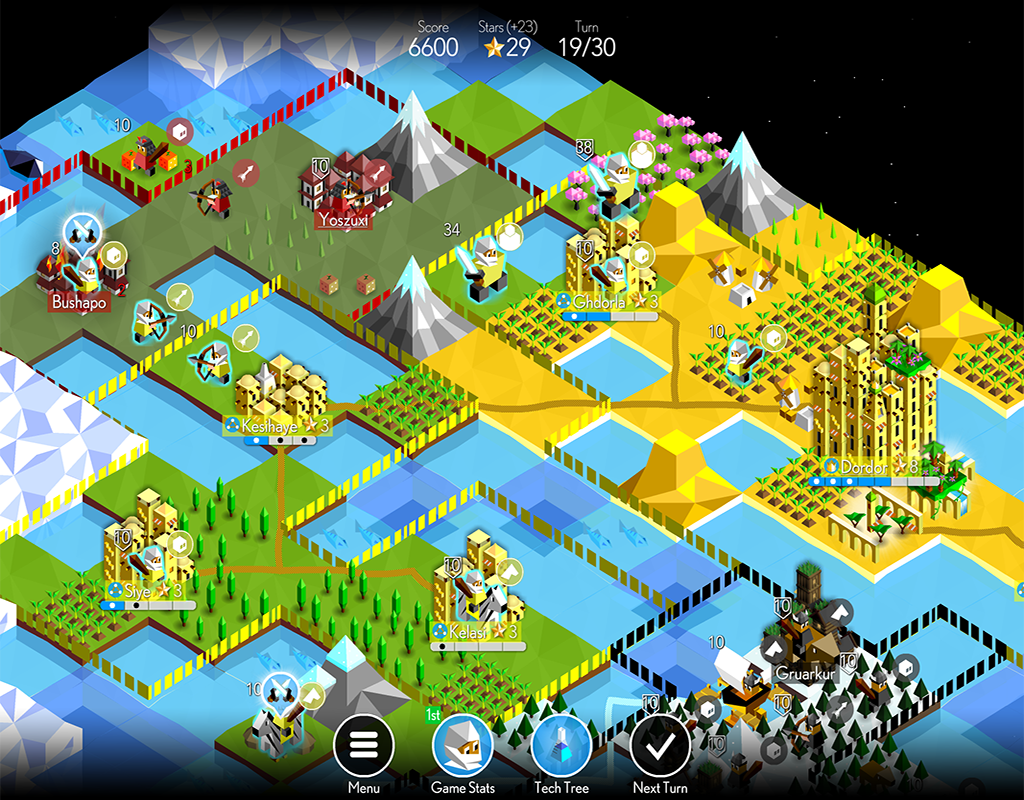 In 2017 I did quite a lot of travelling for work and holidays.

Long distance flights like Malaysia, Thailand and Japan. If you have ever been on a flight like that you already know that it is not only tiring but quite boring after a certain point.

To get over my boredom I decided to fill my tablet with games that I could play offline so I could give them a go and entertain myself.

The Battle of Polytopia

One of the games that I tried out was The Battle for Polytopia. It's a turn based strategy game much like Sid Meier's Civilisation. The difference with Polytopia though is that it was designed as a mobile game from day one. The concept is not original but the application of the concept is original.

Polytopia unlike the mobile versions of Civilisation understands the challenges of designing a turn based strategy game for mobiles. It's all about getting the level of complexity right.

It's all about the balance

A game like Polytopia can't be too complex because playing on a small screen is not the same as playing on a computer or laptop screen. Another important thing to think about when designing for mobile is that people will definitely try and play your game while on the plane, train or bus. That means that concentration and decision making will be harder compared to when a player is playing at home.

Strategy games are all about challenging yourself as a player to make decisions and take courses of action that will result in you winning the game. When I am on the plane it's hard to make a decision based on the many factors and data that games like Civilisation give you. It has to be simpler but not simplistic.

What can we learn from Polytopia

Polytopia balances with grace between being challenging for the player but not too complicated for playing on a mobile device.

Design for the platform most users will use

First thing we can learn from this is to customise our designs for the platform and tool they will be used on. Many times we want people to be able to access a tool from everywhere: the desktop or laptop they use at the office; their mobile phone; or tablet they use at home. But this is not always achievable. Every device has certain rules when it comes to it's usability and user experience and as designers we need to respect them.

I use Airbnb quite often for example and the User Interface is not the same on the mobile app and desktop versions of Airbnb. There is some level of customisation due to the nature of the smaller screen on mobiles and also the use of the touchscreen instead of a mouse.

What is the level of complexity needed?

Not every problem requires a complex answer. Some gamification projects can be simple and some complex. Having the clear judgement to decide when to design something complex, because you want to engage people for a long time, is a choice you need to make early on. If the problem you are trying to solve can not be solved in a month or even a year then we are looking at something quite complex that may require a lot of analysis and thinking.

On the other side if you are looking at a problem that is something like "increase teamwork during our monthly strategy meeting" then there are more simple solutions that are better suited for that.

The scope and nature of the problem determines the scope and complexity of the solution. Have a go at Polytopia and let us know if are interested in us analysing other games!