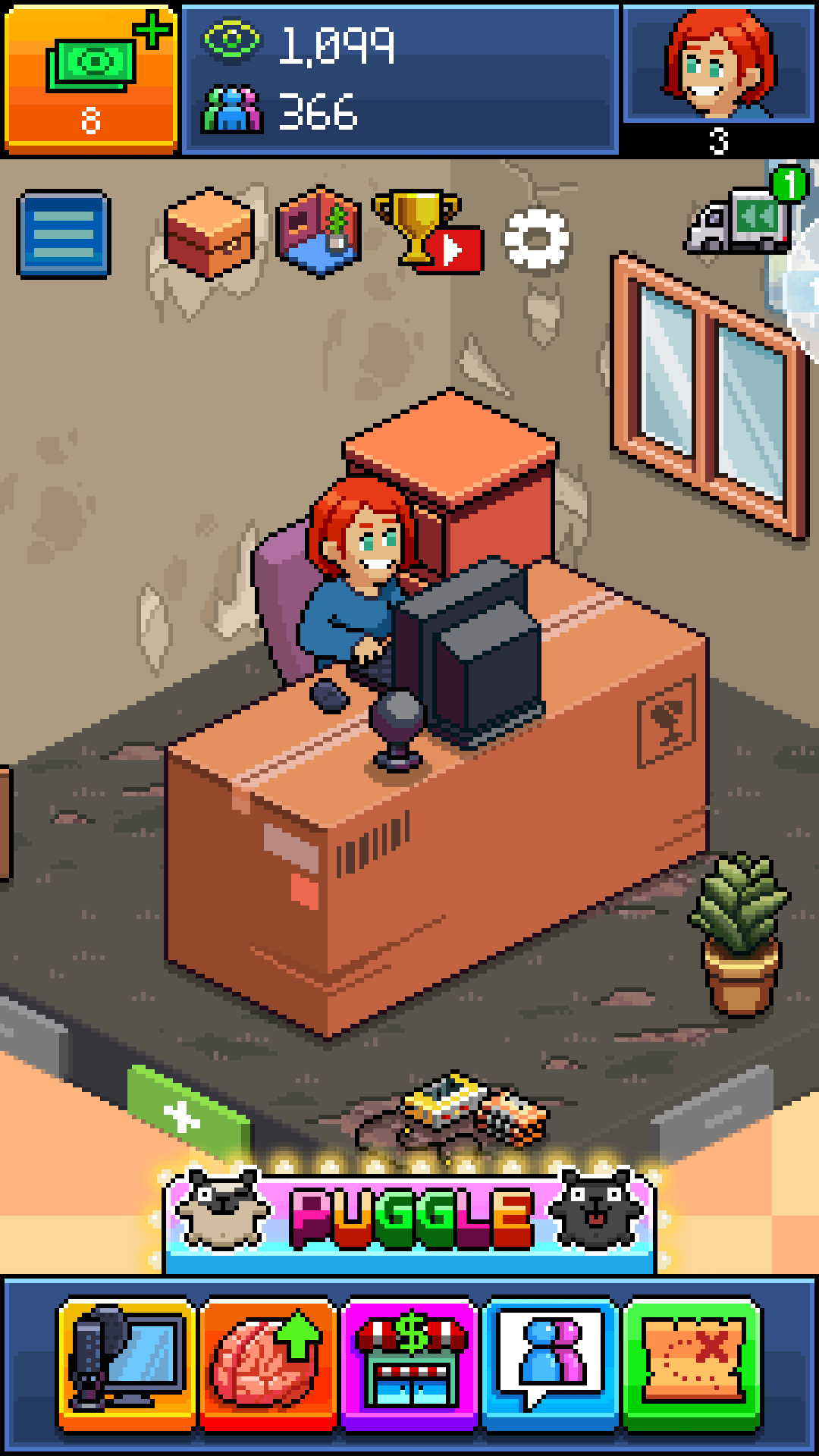 Today I got the chance to play PewDiePie’s Tuber Simulator.

Since 15 August 2013, PewDiePie's channel has been the most subscribed user on YouTube, being surpassed briefly in November and December 2013 by YouTube's Spotlight channel. Holding the position since 22 December 2013. The channel has reached over 47 million subscribers as of August 2016. On 19 July 2014, the channel surpassed singer Rihanna's Vevo account on YouTube to become the most viewed channel of all time, and as of September 2016, the channel has received over 13 billion video views. In 2016, Time magazine named him one of "The World's 100 Most Influential People".

PewDiePie refers to his fanbase as the "Bro Army", and individual fans as "bros". Through his Bro Army fanbase, PewDiePie has raised money for charities. Due to his popularity, PewDiePie's coverage of indie games has created an Oprah effect, boosting sales for titles he plays. PewDiePie lives in Brighton with his girlfriend, Italian YouTube personality Marzia Bisognin.

What is PewDiePie’s Tuber Simulator?

This game has been hitting headlines as it rapidly hit the number one spot on top games on the app store and crashed the servers for the first few days. This is fairly unsurprising because he has an Oprah effect on indie games, games released by him are going to be huge. Even so, it is an impressive feat. Let’s look at the elements that PewDiePie has implemented in his game. 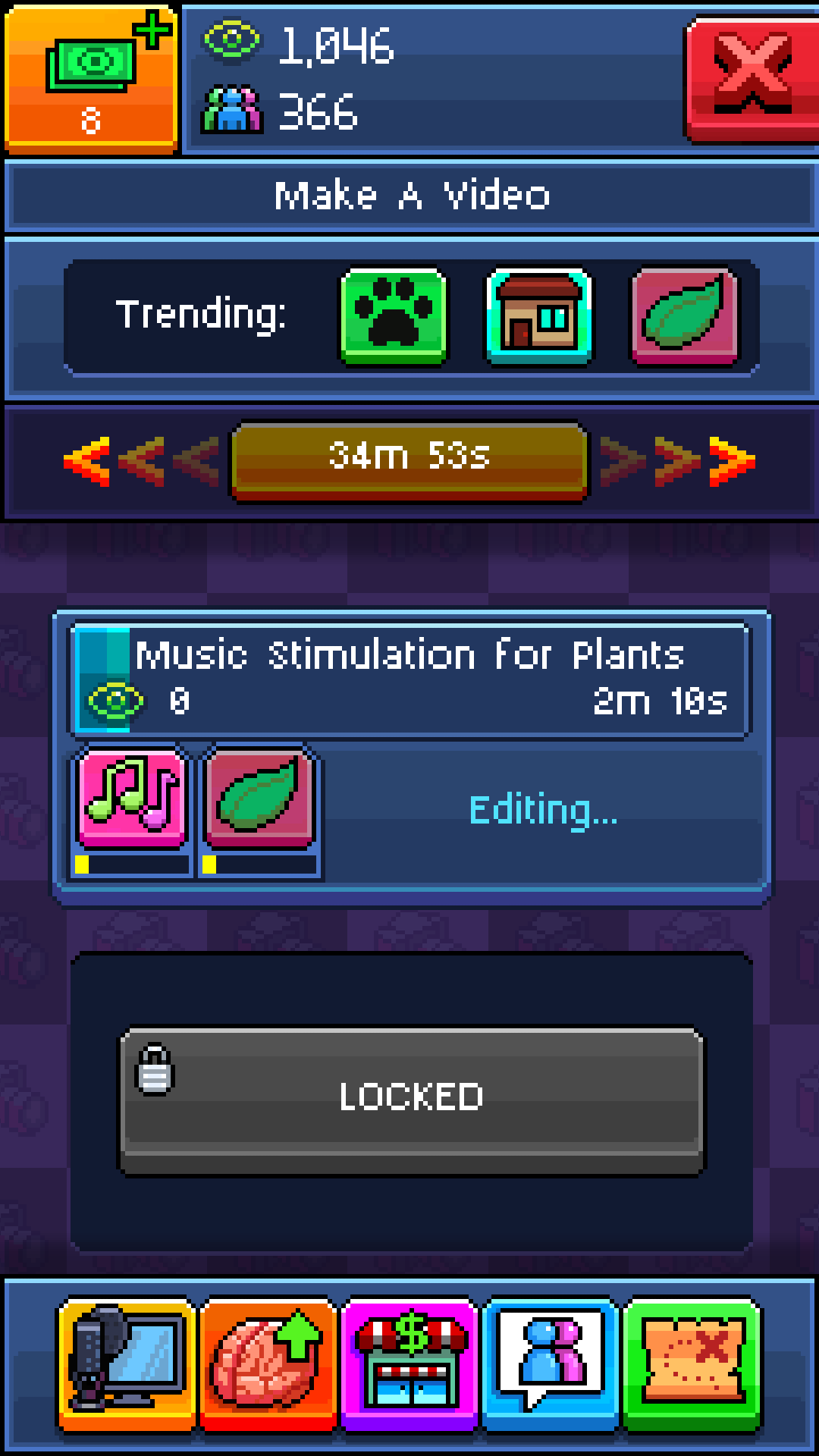 The idea of the game is to essentially mimic PewDiePie’s rise to fame. You must make videos to generate views and gain subscribers. The onboarding process is very slick and takes about 5-10 minutes. The tutorial shows you the basics of how the game works and what you need to achieve. The tutorial shows you that views are essentially the in game money, whilst the subscribers act as a benchmark to unlock better abilities such as better sound effects or improving each category of video. Once the unlockables are unlocked with enough subscribers, you can purchase the unlockables with ‘brain-points’ which are gained by fulfilling certain tasks like overall levelling.

The tutorial was a good example of the onboarding process as it was a good length but also got all of the essential information to the user. The onboarding was also littered with PewDiePie’s trademark abrasive humour, which will be a positive gimmick for his fans. The part I found interesting with the onboarding is that it showed you the basics but not everything. Once you clicked on something that you were yet to go on, there was a quick description of what was there. This helped the information come in manageable sizes, and also fuelled the exploration as it was evident what parts you were yet to go on. Aside from this though, there is very little exploring to do in the game, which is an area this game could improve in the future. 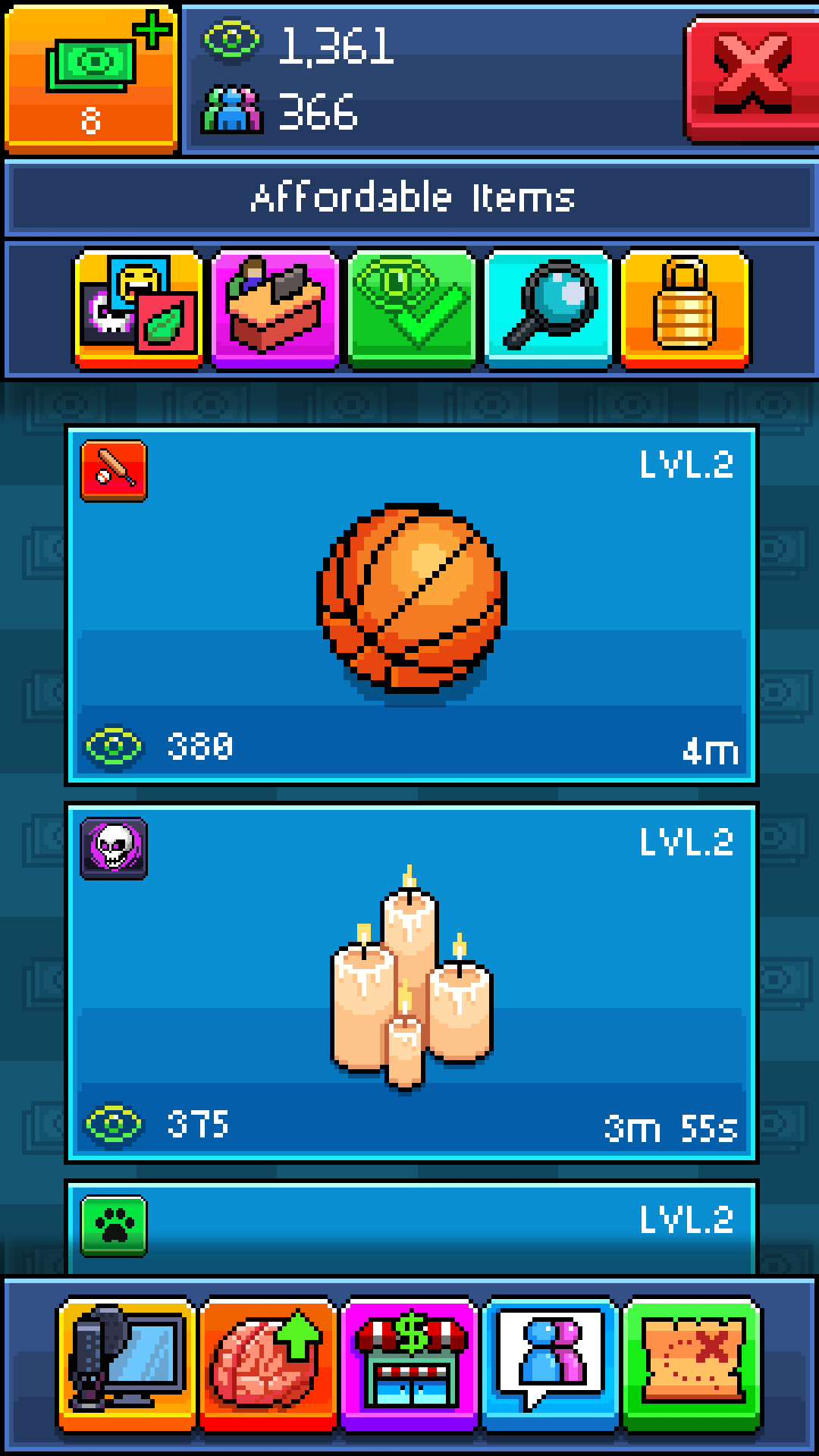 Where this game really shines is on the ‘players’ and ‘achievers’ player type. This game purely focuses on levelling, improving your position in the leaderboard, and having the most desirable house. When you actually click on something, it takes a few minutes to a few hours to implement it, so there is actually very little ‘playing’ going on, rather most of your time is spent literally waiting for your views and your subscribers to rise. The brain tree features further customisation, alongside the layout of your house.

Overall, the game itself takes little risks in terms of mobile gaming. It has a virtually identical layout to every other mobile game, except the theme to this one is making videos. It features the monetising method, buying in game special cash, to speed up your resources, similar to games such as Farmville or any other popular mobile game. If you have played mobile games before, there will be many elements this game has that are familiar with you.