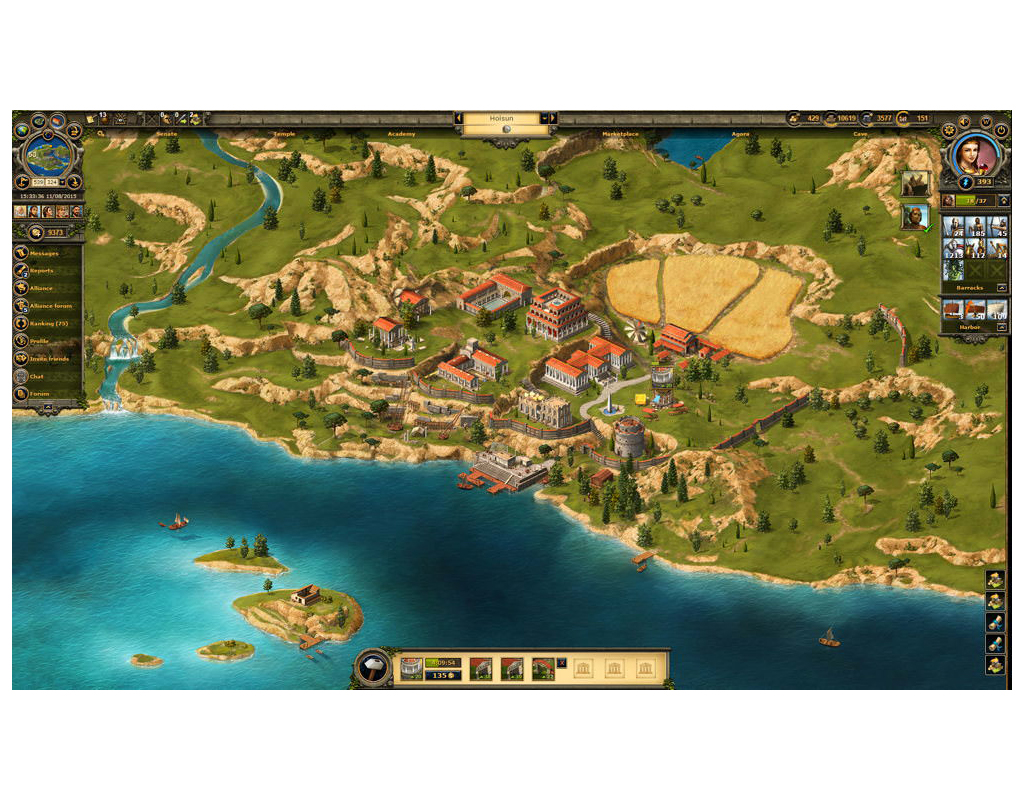 This is a guest blog spot by Elias Stouraitis.

I first met Elias online, exactly the same way as I have met a lot of people around the world after I started working in gamification. Gamification and games are a global phenomenon that a lot of researchers like Elias are looking into to try and analyse how we can use games in order to understand how they work and improve our everyday lives. Elias is looking at the ways that games influence our relationship with our own history and if games can be used to teach students history and let them interact with historical periods that have nothing to do with their everyday lives allowing them to relate and connect to the past in a way that no other medium can. I found his research so fascinating that I asked him to write this blog post for us presenting the games and way him and his team researched them. I hope you find it as fascinating as I did.

Εlias Stouraitis is currently a PhD Candidate in Digital History, Department of History and Informatics, Ionian University in Greece. He has worked as a Research Project Manager in National and European projects and he has been awarded from the Japanese Nippon Foundation SYLFF and Common Ground Community 'The Learner'.

Why do we care about historical games?

We chose to study games with historical content because a historian is not only interested in discovering what happened in the past but also looking at how the past is involved in people's everyday lives and how people engage with history. Digital games are different from any other medium, since the actors can act and get involved in the game's content in order to understand the rules and play the game.

Digital games with historical content are gaining more and more social acceptance, developing new forms of social representation, communication, expression and conciliation with the past. Understanding the new challenges that history is facing as a scientific and cognitive subject, we have leveraged software studies as a key field of research to capture and analyse users’ interactive experiences to answer the following questions: Digital games dealing with a historical background usually choose eras and themes related to warfare World War II maybe being the most popular or revolutions with the French or American being among the most popular ones. Ancient civilisations and the way they could be developed from their beginning until our modern era is another well-known theme game designers choose for games. The categories of games that usually choose historical content are Action / Adventure (see Assassin's Creed) and Strategy (see Civilization). The same goes for serious games which their topics do not differ much, although in recent years we have seen a shift towards social history and users’ immersion in real-life experiences.

For this research we chose to study two Massively Multiplayer Online Games named "Grepolis" and "World War 2 Online". The users we studied were students of a history department who played these games as part of their history course. We focused on qualitative research methods to gather data around the games and players. Software studies require an in-depth analysis of the interaction between the software and the users as well as an analysis of the content of the games. We observed users reactions and documented their views from their experience playing the two games. We ended up collecting visual material, audio material, group interviews, individual interviews, questionnaires and researcher observation. Grepolis is an online strategy game that lets you re-create ancient Greece just the way you want it. Grepolis starts with a small polis (city), which you build into a metropolis over time. You can choose between 13 different buildings and 8 monuments to shape your empire and over 30 different technologies are available to research in the Academy of Grepolis. On the other hand, World War II Online is a first-person shooter game which is set in 1940–1944 World War II Europe. It is a virtual battlefield, a combined arms war simulation. A player can command or crew a variety of accurately modelled aircraft, armoured fighting vehicles, anti-tank guns, anti-aircraft artillery, and three naval vessels, or fight as a foot-soldier with a variety of infantry weapons. The game is played in real time alongside or against other players as German, US, British and French forces in a persistent world.

What we found out

Our findings include an overview of these two games and how students reacted during game-play. We added value to the literature by introducing user experience research techniques in studying the effect of games related to the past. Our insights present some useful ideas both for academics and the way they think about games as well as game designers and the way they build historical elements into their games. We also presented the learning possibilities for students when they play these games.

What do you think about the use of games to teach more people about history? Send us your thoughts at @gamifiplus