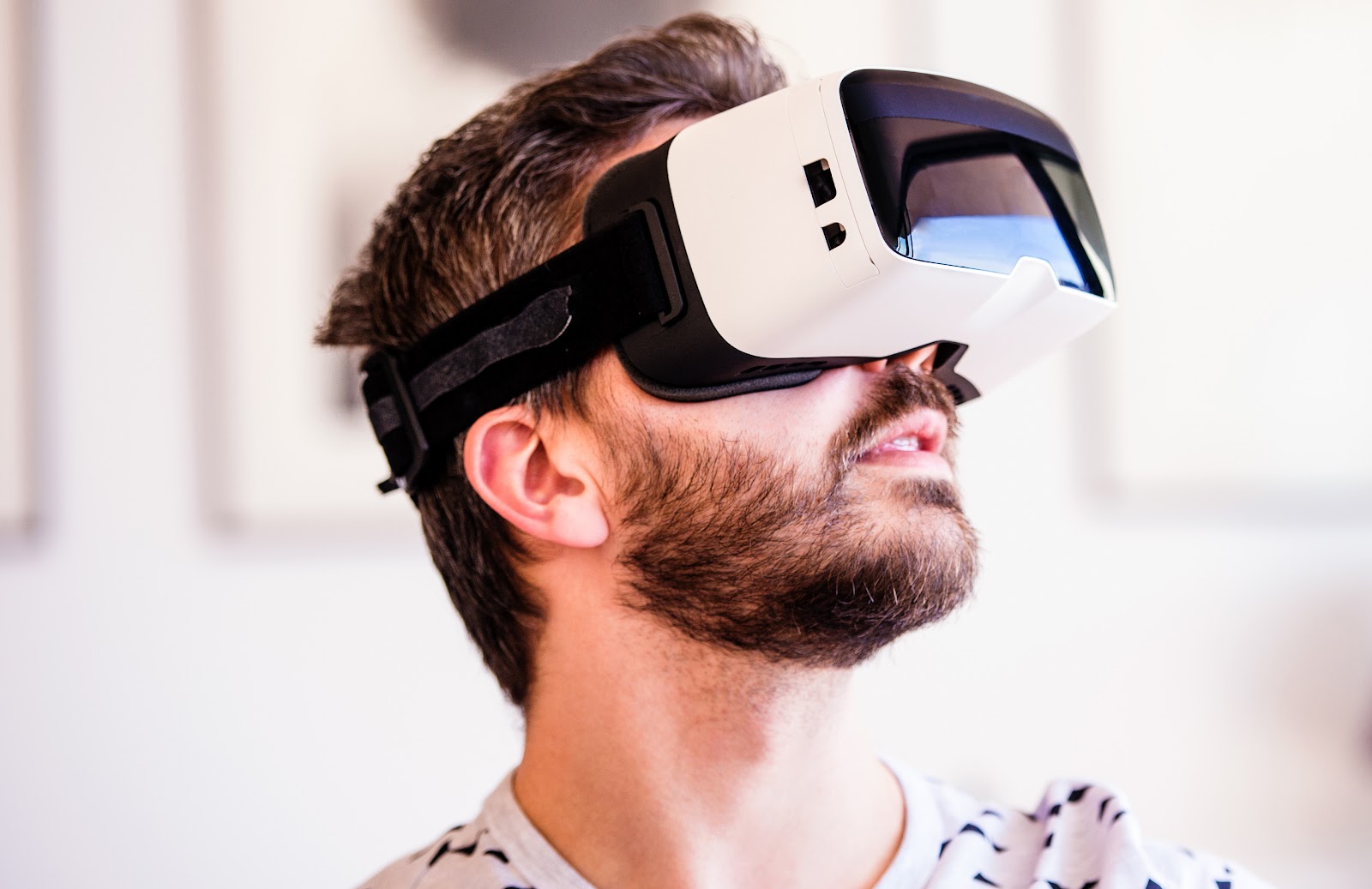 Advances in research and technology have meant that gaming is increasingly becoming a valid method of tackling health conditions. Charities, universities, scientists and game makers are using their combined knowledge to further understand conditions, and ultimately support those affected by them. In this article, Deborah Garfen, Product Designer from the British Heart Foundation, reviews how game mechanics are being utilised to gather scientific insights, distract patients from pain, and improve cognitive ability.

Snow World is a virtual reality game designed to help patients with chronic pain caused by severe burns. The immersive experience – designed by the University of Washington and psychologist David Patterson from Harborview Burn Center – is used to aid therapy sessions. It is set in a calm, cold 3D environment in which players shoot snowballs at penguins, snowmen and igloos.

The cooling imagery diverts the patient’s attention from the burning sensation, and shooting snowballs distracts them from the painful process of wound cleansing and physiotherapy. Additionally, wearing a virtual reality headset means that the patient cannot see their therapy which eases anxiety.

Patients reported feeling less pain whilst playing the game and those with burnt limbs had greater mobility as their muscles relaxed. During the removal of dead or damaged tissue, perceived pain dropped from severe (8/10) to mild (2/10). Less pain medication was also required, meaning patients were lucid for longer. The game also benefits the therapist as their patient is in less distress and therefore more focus can be given to the therapy itself.

Many amputees experience phantom limb pain syndrome – pain that seems to originate from the missing limb. This occurs because of a disparity between the feedback signals the brain expects to receive, and what it actually receives. Traditional methods of treatment such as the mirror box technique are unsuccessful for the majority of patients. In this approach, the patient watches their working limb in a mirror while attempting to move their missing limb.

Virtual reality can provide visual stimuli that are more compelling and realistic than traditional methods. A virtual reality game – developed by Dr Laurel Buxbaum and her team at the University of Pennsylvania – aims to provide pain relief for amputees by reducing the disparity between brain signals. Motion sensors allow the computer to generate the missing limb as the player walks through the game.

Patients who attended sessions over several weeks reported feeling less pain after each session, and their pre-session pain decreased hugely over the course of treatment.

Every year, one in four people will experience a mental health condition, the most prevalent being depression and anxiety. Mental health conditions are one of the main contributors to overall disability and disease burden worldwide, which is measured by mortality, morbidity and financial cost.

Neureka is a free gaming app that studies the detection and prevention of brain health disorders including mental health conditions. The main neuroscience study – developed by scientists at the Global Brain Health Institute at Trinity College Dublin – takes around an hour to complete and can be achieved in several sessions. The app also features challenges that allow scientists to track how cognition fluctuates over time, in response to the player’s mental health and life events. Neureka publishes anonymous findings in scientific journals that are available to read on their website.

By moving research from a lab to a smartphone, any stigma is removed and the study is made accessible to a wider base of people, including marginalised communities and vulnerable groups that may have higher rates of mental health conditions.

Attention deficit hyperactivity disorder (ADHD) is a long-term condition that impacts day-to-day life and is one of the most common childhood disorders. The main symptoms are difficulty with staying focused, controlling behaviour and hyperactivity. Without early treatment and educational support for caregivers and teachers, there is an increased risk of educational difficulties, mental health conditions and barriers to employment.

Endeavor is the first FDA-approved video game treatment for children with ADHD. Developed by Akili, the game is designed to challenge a child’s focus and multitasking abilities. The app – which has been designed to complement other treatment methods including medication – includes a set of missions in which the player navigates snowy scenes and lava landscapes through the eyes of an alien. It is recommended that the child plays Endeavor for around 30 minutes a day, five days a week for one month. The game is part of a treatment programme that includes a behaviour tracking app for caregivers which helps them monitor the child’s progress.

Dementia describes a set of symptoms including memory loss and changes in behaviour as well as difficulties with problem-solving, language and navigation. Dementia manifests when the brain becomes damaged by diseases such as Alzheimer’s disease – the most common cause of dementia. There are currently around 850,000 people with dementia in the UK, and this figure is projected to rise to 1.6 million by 2040.

A loss of spatial navigation skills is one of the first signs of dementia. Sea Hero Quest is an innovative, free gaming app and virtual reality experience that collects anonymous data around orientation behaviour to create a benchmark for human spatial navigation. The sea-themed game – which was developed by Alzheimer’s Research UK, Deutsche Telekom and scientists from UCL and UEA – gathers this data as players complete a series of tasks around memory, aim and navigation. The objective of the project is to improve early diagnoses so that patients can be treated sooner.

Over 4.3 million people have played Sea Hero Quest globally, generating a mass of crowd-sourced data that would have traditionally taken over 15,000 years to collect. Findings have shown that spatial navigation capabilities begin to decline from the age of 19. Men performed better than women, but the gender gap narrowed in countries with greater gender equality. A country’s economy also had a significant influence, with Nordic countries among the highest performing.

Cancer occurs when abnormal cells divide in an uncontrolled way. There are over 200 different types of cancer and most start as a result of gene changes that happen over a person’s lifetime. A person’s likelihood of developing cancer depends on many factors including age, genetics, and exposure to risk factors including smoking and obesity. Cancer accounts for more than a quarter (28%) of all deaths in the UK.

Genes in Space is a free gaming app that helps scientists identify faults in DNA that could lead to cancer. Designed by Cancer Research UK and gaming agency Guerilla Tea, the space adventure game analyses data as the player navigates an outer space obstacle – visualisations of genetic information. Each time the player steers the spacecraft, patterns in gene data – which correspond to gene faults – are recorded and used to develop new drugs that target these faults. The objective of the project is to accelerate progress towards personalised medicine.

Over 400,000 volunteers worldwide contributed to cancer research by playing Genes in Space. Consequently, the entire genomes of 1,980 patients were analysed and checked 50 times for accuracy. Findings from Genes in Space have since been used to inform Cancer Research UK’s other Citizen Science projects that aim to accelerate research – Reverse the Odds, The Impossible Line and Trailblazer.

The future of gaming in healthcare

It is clear from reviewing the examples above that gaming can have a huge impact on the world’s biggest health conditions. As this unorthodox approach becomes more widely accepted, we will undoubtedly see more conditions tackled in this way. Gaming could result in more scientific breakthroughs, improved treatment and support for patients, and consequently lives saved.

Deborah Garfen is a Product Designer living and working in London. She currently works at the British Heart Foundation and has a passion for great user experiences. She recently wrote 5 ways that charities can use gamification for good for The Brand Blog which supports charities by sharing expertise across the industry.