How to gamify corporate learning: Ready4Tomorrow 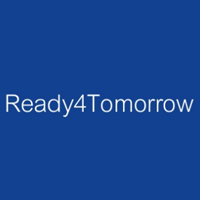 I am very happy to talk to you today about a gamification project that managed to engage and educate almost 300 employees over a 3-month period achieving all the business goals set and making a real impact in an organisation!

On the 28th of November I attended the 8th gamification meetup in Athens, Greece.

Presenting at this event were Alex Chalkias and Kostas Karamichalis. Both work for Nokia Athens TC and presented a gamification project called Ready4Tomorrow. Ready4Tomorrow is a research and learning project that aims to educate engineers working for Nokia Athens in 5G technology. 5G is a technology that is the future for telecommunications. The industry does not use 5G yet but Nokia Athens TC wanted to be ready for when the time comes.

Alex and Kostas team had the idea to use gamification to engage employees and researchers more effectively.

First, they presented us with Nokia’s network technology vision 2020. Nokia believes that 5G is a technology that will be key to secure success in the future. The business objective was for Nokia Athens to be 2020 ready and make 300 engineers 5G literate in the course of 3 months.

Now that’s quite a big goal as it’s not easy to engage 300 people and keep them coming back for a 3-month period. So I was already intrigued to see how they managed to do that.

The first element of gamification they talked about was story. That got my attention right away as I just wrote an article about gamification and storytelling and I am interested in the subject. The basic premise of the story was that, in the near future humanity had lost all means of communication and people from 2020 guide the engineers of the present to get them to explore new technologies and build a better future. The post-apocalyptic technological theme made perfect sense and matched their business goals perfectly. A theme that matches the project’s goals is always a great start for a gamification project. Both Alex and Kostas were machinists. They designed the game and made sure that everything was running as smoothly as possible. Then there were oracles that did research on 5G. Their research was validated by the High Council, whose members were experienced in 5G research. Final role were the rogues which were the learners, the engineers learning about 5G.

There were five different research fields that were used to group the players in factions. Again, a very nice alignment of theme and business goals. They wanted players to know about different aspects of this new technology so they divided them into teams that worked really well as a social element in the game.

The oracles (researchers) produced knowledge then after it was validated from the high council the learning objects were passed on to the rogues. The rogues had to study each learning object and at the end of each learning circle, complete quizzes to test their knowledge. Experience Points were awarded to them depending on how many questions they got right and the difficulty of the questions. The game designers also built in leader boards for the factions and the rogues. The rogues leader board only showed the top 5 players so it wouldn’t demotivate players that had less points. The faction leader board was a big motivator as they said and it invoked quite a lot of social interaction in the office because of the element of competition between teams.

They also mentioned several times that the social elements of the game engaged and motivated people as they formed teams with their friends and colleagues and collaborated to get as many points as possible to beat the other teams.

At the beginning the game platform was very simple. They used the intranet already available for every Nokia employee to set up the game and get people involved. At a later stage, they had designers and developers involved and the platform got more sophisticated.

The most important outcomes that were achieved through the Ready4Tomorrow project were innovation and engagement. It was the first time that gamification was applied in a large scale in Nokia. They proved that gamification can facilitate learning and learning content creation.

One outcome that really surprised them was engagement. People were thrilled to take part in the game. They produced little pins with each faction’s logo on them and started giving them to people and soon enough everyone wanted one.

Social interaction was also very motivating for people as they got to work in teams and collaborate without the usual pressure of every day’s workload.

Ready4Tomorrow had 278 players engaging with it over a period of 3 months which is a big success for the design and implementation team, proving to their whole organisation that gamification can help them achieve their goals.

At the end of the presentation they told us that they already have permission to start working on the next stage of this learning program that will be called “Orbit”. Other branches of Nokia over Europe got wind of their project’s success and are asking them to travel there and implement Ready4Tomorrow to their branches.

You can view the slides from Alex’s and Kostas presentation here: