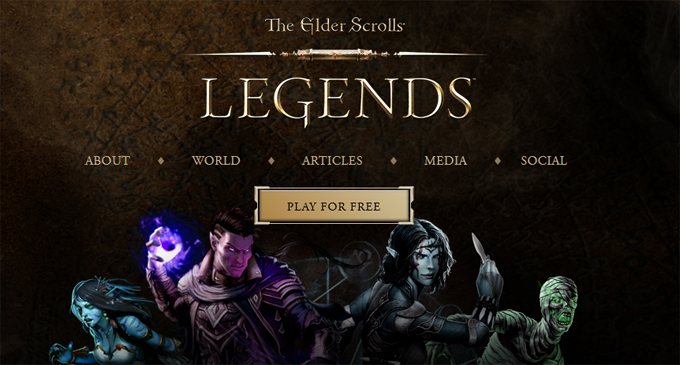 In the two previous How Games Work (which you can read here and here) I talked about two indie games. Now it's time to talk about a game that a big studio has developed. I am talking about The Elder Scrolls Legends developed by Bethesda Softworks.

Have a look at the following video in order to understand the basic elements of the game.

In gamification we talk about themes quite a lot as they provide a background to our story. For me, that's one of the main reasons I favor this game over others that are similar. The cards take their names and illustrations from characters and events that are well know from the Elder Scroll universe. There is also a fairly simple story to the story mode but it works perfectly fine as an on boarding tool and it does provide a sense of depth to the game.

Of course competition is one of the main elements of the game as you play against other players in order to climb ranks, level up and get more powerful cards. Social status is another big part of the game. The more games you win the more you climb the ladder of the game and the better players you can fight against. Your rank can clearly be seen in every game you play. There is also an element of exploration and customisation because you explore the powers of new cards as you go along and you also get to build your own decks as you like. 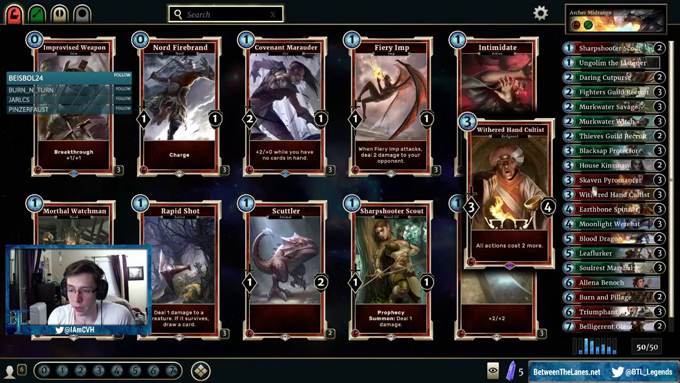 Talking about decks and cards, collecting is also a big motivation for the players as you acquire better cards and you use them in battle. There are also badges and achievements for all sorts of things that you do in the game and they do give you some nice and sometimes funny feedback. Compared to Hearthstone Legends is quite rewarding to the player too in terms of in game rewards. You have fixed rewards as you level up and you have random rewards because you earn packs and the cards inside are random.

Overall what can be learned from this How Games Work is how different it is to have a big team working on a project. Like in gamification, the bigger the budget and the more the resources, you are more likely to be able to incorporate a lot of elements in your game. In a game like Legends, Bethesda has put in something for everyone. They have put in a versatile reward system, balanced and interesting gameplay, nice aesthetics and a lot more that a small indie company simply can't do.

Again, depending on your resources and your problem, you should pick wisely what game elements to put into your gamification project. There is no one size fits all solution to gamification.

Let me know if you want me to cover any specific games at https://twitter.com/v_gkogkidis