How Games Work: Blown Away 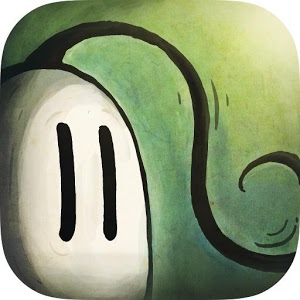 By now I guess you have figured it out that I mainly play small indie games and I am not a huge fan of games that cost millions to make.

Blown Away is another indie game made by a team of two people, an artist and a coder exactly like Super Meat Boy.

You can play Blown Away in all mobile devices ​that run on iOS or Android and it's a game that again looks good. It has a certain aesthetic in the way that characters and levels are designed.

I chose to analyse Blown Away for today's How Games Work because I think there is a big lesson to be learned from it. ​ 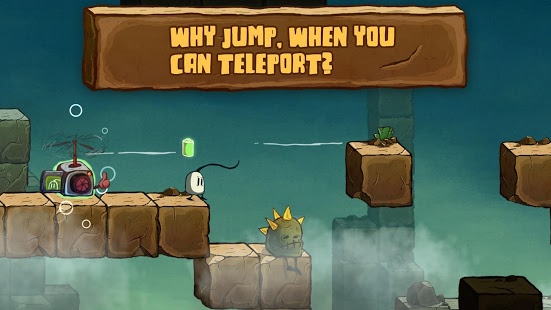 Blown Away is a classic platform game but with a twist that makes it stand out from the rest. As the image above says, in Blown Away you don't jump as in most platform games, you teleport.

Now, you can say, teleportation is nothing new, a lot of games do it and very successfully like League of Legends. What's different about Blown Away though is that this is all you do in the game. That's the only power you have in order to get around the obstacles that are spread along the way and finish each level. Small games like Blown Away don't have a huge budget so their designers have to be more smart about how to entertain players. They know they can't include a million gadgets and game mechanics so they focus on one or two mechanics and they try to design those really ​well.

Have a look at the video below to get a better feel of the gameplay ​in Blown Away.

So the whole purpose of the game is to teach the player to get through the levels using the characters teleportation powers which become increasingly stronger allowing you to perform quite impressive teleportation combos. Every time you teleport it feels more satisfying than the last one because the designers really thought about how to give the player that sense of empowerment that great games have build in them.

I think that what gamification can learn from this game is that you don't need to do a lot in a solution in order for it to be engaging and interesting.

Do something small but get it right. Have one game element in your solution but really think about how to use it to get the most out of it. Find out what's interesting about your gamification idea and really hone it in order to engage people and show them something simple in a whole new way.