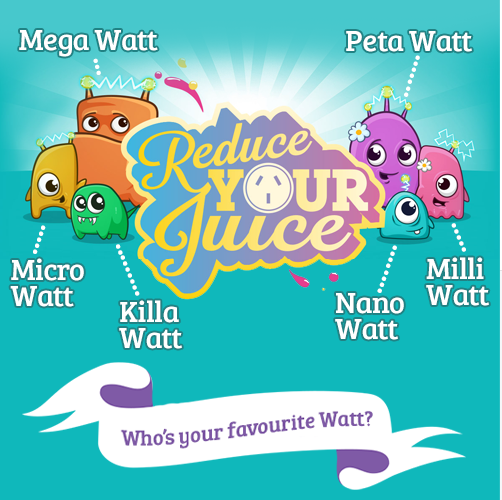 Rebekah Russell-Bennett came to the University of Brighton on the 13th of December to discuss how gamification can be used to effectively change behaviour in gamification. Her project was a 6.5 million dollar project, working with the Australian Government to try and reduce people’s electricity usage. This falls under the category of social gamification, i.e. trying to enact social change through gamification.

The project was called “Reduce Your Juice”. Their website states: “Reduce Your Juice is a fun digital program helping low income, young adult renters reduce their energy use and save money on their bills. Participants earn sweet rewards by playing games and doing Energy Quests and Powerhacks, which help them become super energy-smart and save dough on their electricity bills.”

The rising cost of energy is an issue for Australian households on low, fixed and unreliable incomes. Reduce Your Juice trials an innovative approach to assist these households to become more energy efficient and better manage their energy use.

For this project, they focused on 10 overall principles for an effective digital social marketing program:

1. Behaviour Change must be a part of a marketing system

4. Build on an evidence base

6. Identify behaviours that make an impact

Reduce Your Juice on Facebook can be found here: https://www.facebook.com/reduceyourjuice/

Here are some key points I got out of the talk:

So what gamification principles where used here?
Well, because people were monitored for six weeks, it enabled them to collect data on the participants. This allowed them to feedback some data and remind them to continue the study and reach the reward. “Push style” short term feedback is a very powerful motivator as it fulfils the instant gratification need of humans, whilst pushing them towards their goal.

Another form of gamification, and perhaps the most powerful, was core drive one of Yu-kai’s Octalysis model. Core drive one is epic meaning and purpose, and what's more of an epic purpose than saving the planet. This will work particularly well with philanthropist player types because it fulfils this very need. This program could also be effective for socialisers and players however, as the game become a bragging right for many people, due to its exclusivity.

Let's not forget though, with a fairly expensive reward (such as a barbecue) that you are certain to receive if you complete the program, the extrinsic reward would have motivated many. Whilst gamification, and this program, can be successful without the extrinsic reward, it certainly helped to ensure the lesser motivated stayed on board.